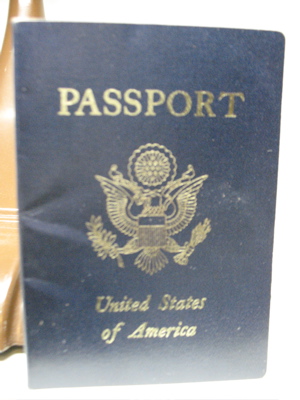 Forget about the good old days when U.S. travelers to the Mexico border could just flash their driver’s license to get back into the United States. As of June 1 –  this Monday-  tourists to Mexico will need to start bringing their passports ( or other travel documents) to Mexico when they cross by land at places like the San Ysidro border.

The alternative to the passport include:
A passport card
A SENTRI card, A NEXUS card, or a FAST card

A driver’s license with radio-technology that is apparently not available in California.

****UPDATE: Go to this blog post for what happens if you forget your passport:  https://acrosstheborder.wordpress.com/2009/06/19/answer-to-question-about-passport-requirements-at-the-border/     ****

I have been away from the border lately and forgot this date was coming up. I was glad to learn that I don’t have to drag around my passport on my border trips since I have a SENTRI card (I get to use the “faster” border lanes since I’m pre-screened and considered low-risk for bringing illegal substances into the United States) so I should be fine. I had no idea, or had forgotten, what a NEXUS or FAST card are so I did a search and found that NEXUS appears to be the Canada-traveller version of the SENTRI program and FAST is a pre-screened program for commercial border-crossers.

Go here to read more in a story written by reporter Leslie Berestein of The San Diego Union-Tribune
Go here to read to get the latest information from the U.S. government.

A survey on police bribery in Mexico

Have you ever been stopped by an officer in Mexico on what you suspected were trumped-up charges meant to solicit a bribe?

Have you flagrantly violated the laws in Mexico because you figure you can resolve these problems with a stack of bills?

I invite readers to fill out a short survey on people’s attitudes towards police bribery in Mexico. Click Here to take survey. When I get enough responses, I’ll write a blog item about the results. In the meantime, I’ll share my story: When I worked in Tijuana, I was stopped by police officers several times on what I suspected were fishing expeditions. The conversations would end predictably: The officer/s would ask me what I was doing in Tijuana and I would explain that I was a reporter for The San Diego Union-Tribune. At that point, I would be treated like an old friend.

One of the frustrations about police bribery in Mexico is that I always suspected that the vast majority of cases go unreported by tourists who don’t have press credentials and who don’t know how to get out of this kind of a sticky situation. It doesn’t even rise to the standard of regular news coverage, though here is an overview story I wrote about the issue in 2007 that was pegged to some efforts being made by Tijuana to address the problem. I’m curious what other people think. Your identity will remain anonymous, but feel free to include your contact information if you want to chat more.

Another link in case you missed it earlier: Click Here to take survey

It’s hard to miss the many  D’Volada coffee shops around Tijuana. D’Volada’s franchises sport green-and-white exteriors and woodsy interiors that remind me of a certain global coffee business north of the border.  But the interesting thing about D’Volada is that its founders saw an unmet need  – not so many coffee places in Mexican cities – and got a head start before the inevitable Starbucks invasion.

The D’Volada brand started here in Tijuana in in 2ooo. Since then, D’Volada – which means roughly “on the go” – has really taken flight, expanding to eight other states in Mexico. It seems to be particularly popular among the bleary-eyed commuters heading to San Diego in the wee morning hours (roving  D’Volada employess will take orders from your car). D’Volada has even crosed into the United States with a D’Volada shop in Chula Vista, Calif., the home of many  upper-income Tijuana expats.

When Starbucks arrived in Tijuana in 2007 you could almost smell the coffee wars brewing. USC professor Josh Kun, who calls D’Volada a “glocal” success story, wrote a story in the Los Angeles Times that explores how the arrival of Starbucks in Tijuana evoked manifestations of Mexico’s class divisions. I’m not a coffee connoisseur, so all I can say is that I may drink Starbucks north of the border but I support the homegrown brand when I’m in Mexico.