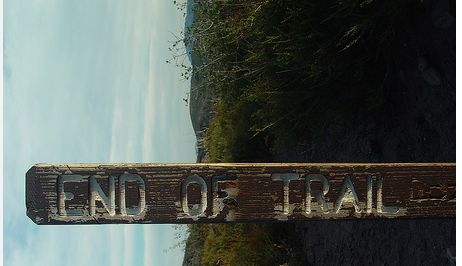 I will miss following the Tijuana adventures of blogger Kinsee Morlan who spent more than two years living in this city, falling in and out of love, and figuring out her own destiny. These missteps and epiphanies are forever etched in her blog, Stairs to Nowhere (Tijuanatales.wordpress.com) along with the beautiful photos she took that capture the texture and landscape of Tijuana’s urban scene.

Turns out that Kinsee’s destiny meant getting engaged and moving to the outskirts of Durango, Colorado. In her final entry, she shares a wish list of what she hopes readers will take away from her blog and she criticizes  mainstream media for focusing too much on border violence. “I’m not leaving Tijuana because of the violence — let’s just get that out of the way,” she writes before sharing the things she will miss most about the city.

While I may be more forgiving of media coverage of border violence, I understand where she is coming from and respect her for making Tijuana her home. I had a chance to say “goodbye” to Kinsee, who worked as a writer and arts & culture editor  at San Diego CityBeat, over the weekend and I wish her well. It’s a long way from Durango to Tijuana, but I have the feeling that she will be back one of these days to rekindle her blog and write about life in Baja California as a retiree.