Documentary on migrants trapped in the wildfires 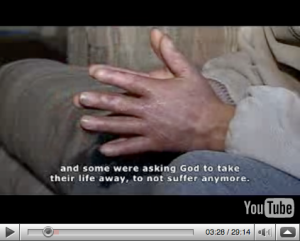 Stories de la Frontera’s latest documentary, The Devil’s Breath: Border Crossers Caught in San Diego’s Wildfires,  revisits the plight of migrants from Mexico who were killed or burned during last year’s October fires in San Diego County. Aside from capturing the horror of being trapped along the border, the program also airs 911 calls between the immigrants and emergency personnel that demonstrate language barriers.

Several studies have come out recently that touch on the issue of emergency response for immigrant or limited English speakers. “Disaster Preparedness in Immigrant Urban Communities” comes from a joint effort by the Tomas Rivera Policy Institute and the Asian Pacific American Legal Center. You can read their report here. Another study that focuses specifically on the 2007 San Diego fires was done by the National Latino Research Center at California State University, San Marcos. You can read it here.

Disclosure: The Tomas Rivera Policy Institute is an independent, non-profit group that’s affiliated with the University of Southern California. As part of my job, I  helped put together a press release on their report.